Wait until he gets a taste of her.

Tossed out by her coven, Abigail has to brave the human world and get a real job. With no skills outside of potions and spells, she magics her way out of unemployment and into the executive suite of Midnight Pharmaceutical.

But something strange is going on at Midnight. While her boss is the very definition of dark and mysterious, he makes her witchy sense tingle with his odd hours and the string of women leaving his office every day...

She'll find out what's happening at Midnight; if her boss doesn't take a bite out of her first. 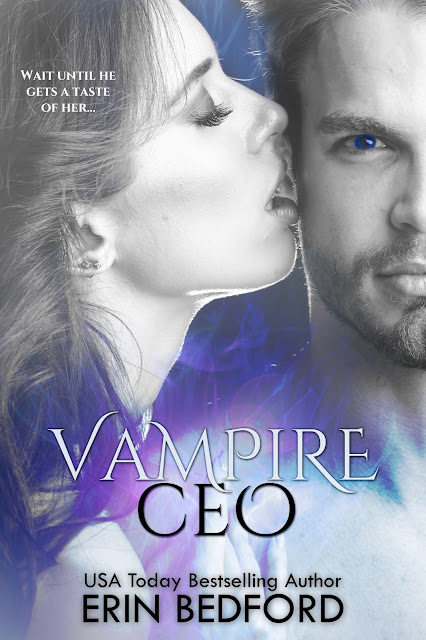 An unladylike oof left Abigail as she began to fall to the floor only to be caught around the waist by a strong pair of arms. Her eyes shot up to her savior and the reason behind her fall, Abigail was instantly beguiled. For the first time in her life, it was she who was bespelled.

Blue eyes as deep and dark as sapphires gleamed down at her in impatience. A strong jaw clenched tight, held kissable lips that frowned at her. If the face wasn't enough to enchant her, the full head of black, silk hair that hinted of blue in the light made her hands itch to see how soft it actually was. It was enough to make anyone fall under his spell.

"Oh, good catch." Mandy watched in amusement, gesturing toward the god-like creature still holding Abigail in his arms. "This is Sebastian Storm, the CEO of Midnight Pharmaceutical and your new boss."

This was her boss? Abigail's eyes turned back to the man holding her in his arms. This glorious specimen of a man was going to be the one she answered to every day for the foreseeable future?

Any other time she would be thrilled to have any kind of attention from someone like him. Not only was he gorgeous but he hadn't even said a word and his presence demanded all of her attention. This was a man that got what he wanted, no questions asked. Thoughts of him commanding her in the bedroom seeped into her mind before she could help it, and she blushed.

“Was there something you needed, Mr. Storm?” Mandy asked the stoic man still holding onto Abigail’s waist.

“Yes, I was wondering how long I would have to wait for a new secretary. Things are beginning to pile up, and Lisa cannot keep doing two jobs, she’s hardly proficient in the one she has.”

If Abigail hadn’t already been on the verge of melting into the floor, the sound of his voice would have done it. It made her think of warm silk covered in the best chocolate; the hint of Hispanic heritage in his accent added a spicy edge to it. It was a voice she wanted to wrap around herself and savor.

"Well, you are in luck. It just so happens that this is Abigail Blanchard, your new night secretary."

At the introduction, Sebastian instantly dropped his hands from around her waist, leaving Abigail cold from where his arms had touched her. He stepped back from her, clearing his throat as he straightened the cuffs of his suit. His eyes went from curious to hard in an instant. All thoughts of this man ever embracing her for real were dashed from her mind.

Saddened by the thought, Abigail pushed it to the back of her mind as she realized what Mandy had just said. "Night secretary?"

Mandy nodded her head, her lips curving down. "Yes, the position you applied for was for Mr. Storm's nighttime secretary. Midnight Pharmaceutical is the only ever twenty-four-hour research and development facility.” Her brow crinkled as she glanced down at the papers in front of her. “I apologize, I thought you knew or I would have gone back over it in the interview."

"No, no." Abigail quickly jumped in, not wanting to look any more foolish in front of her new boss than she already did. "I am the one who should apologize. I remember now. It must have just slipped my mind from all the excitement."

"Well, it can be a little overwhelming at first," Mandy reassured her with a pat of her hand. "Midnight is like no other company you have ever worked for or ever will. We are ferociously loyal and we rarely have to hire new employees. Your position opening up was a surprise to us all. The last secretary went on maternity leave and suddenly decided not to come back to work. Hopefully, you will love it here as much as the rest of us and we won't have to hire someone else for a decade or so."

Abigail nodded her head politely. "Oh, don't worry, I don't plan on having children anytime soon. I think even the prospect of a boyfriend would be required first." Even as the words came out of her mouth, she felt herself freeze up. What the hell was she saying? Way to let them know just how pathetic she really was.

Internally, she was smacking herself over and over again but her inner torture was halted by a kind of choking sound coming from Sebastian. Jerking her attention back to her new boss, her eyes narrowed. From the slight gleam in his eyes, he was laughing at her.

"Welcome to Midnight, Miss Blanchard." The way he said her name in a deep accent pulled things low inside of her, and just like that, her fantasies of being bossed around by the wonderful man with the sinful voice were back in full swing. 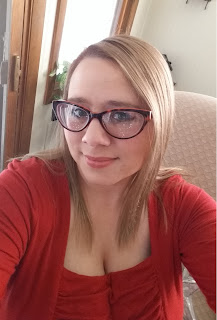 Erin Bedford is a USA Today Bestselling fantasy and paranormal romance author, a computer programmer by day, and a hobby hoarder.Creating fantastical worlds have always been a secret passion of hers and she couldn't imagine writing any story without some kind of lovey-dovey or smexy goodness in it.

Brought to you by