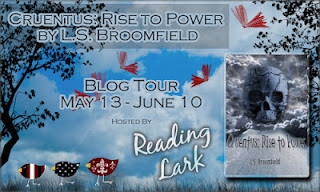 A prophecy of old continued to burn in the embers of time; long left dormant until the Cruentus family rose above all others as darkness ascended the lands. Greed and deception were the name of the game, and Arturo Cruentus would stop at nothing as he concocted the ultimate scheme to get everything he wanted. No price was too high. The scene was set, the pieces strategically placed. The Gallo family could not come against him, and in the end Guido and Palmiria Gallo would come out the biggest losers, watching their only daughter, Emiliana, be taken away to render a debt settled.

Young Emiliana Gallo, a victim of circumstance, was thrust into a world she did not understand and forced to marry a man she did not know. But what no one expected, not even Arturo, was that Emiliana and his son, Donato, would fall in love against all odds. For Arturo, love made one weak, but for his son, it was love at first sight. Donato became an opportunist in his father’s dirty schemes and did everything in his power to ensure the woman he admired for so long not only took his name in marriage, but also fell in love with him. Donato wanted it all, his gamble paid off richly, and he achieved both marriage and love. However, on the day they said ‘I do’ and the Cruentus and Gallo families were joined, Emiliana was ripped from their home like a thief in the night.

An unknown force too unsettled to let the vision spill and strengthen the Cruentus family decided to do the unthinkable—double-cross the Cruentus family. Rage and disdain fuelled Donato and Arturo. Though their reasons were very different-their goal unified them. They squared off with the leader of the Russian Coven to take back Emiliana, and in the end the Russian coven paid the highest price as the leader's blood was spilled in retribution for his crime at the hands of Arturo. News spread quickly to the Magia Council, and before long Arturo was called before them to answer for his crime of murder unjustly. The Ancients of the roundtable at Mount Blanc, the mountain range bordering Italy and France, was now enacted as they listened to the tale that had unfolded. Little did they know that they were a part of the grand scheme Arturo Cruentus shrewdly planned for the ultimate betrayal.


What’s Being Said:
Cruentus: Rise to Power is a unique read that will draw you in and take you places that you've never been before.  The characters are well written and engaging.  The combination of the late 1800s time period and the magical world in which the story takes place serves to make this story memorable and interesting.  I've never read something quite like this novella and I can't wait to see more from L.S. Broomfield in the future.
~Megan from Amethyst Daydreams

Rise to Power is the first part of the Cruentus Series. In many ways a prequel to the heart of the story, this novella packs quite a punch.  While classified as a paranormal romance, that label simply is not all-encompassing enough to truly define the story. It is far more than a romance, leading the reader through a course of love against all odds and a family’s quest for power. Ms. Broomfield wields her words much the way her warlocks wield their magic, creating a world that the the reader simply becomes immersed in. Her characters come to life on the page and in the reader’s imagination as the story plays out like a movie for the mind.  Through twists and turns, the plot is unpredictable and layered, and it will leave you wanting more. It is the perfect combination of love and magic, romance and peril, action and old-fashioned good vs. evil. Only this time you’ll be left wondering.... what is so sexy about the wickedly evil?
~Tevya from Reading Lark

Are you ready for a journey into the world of dark magic, blood contracts, and innocence taken for granted? Welcome to the world of author LS Broomfield in her novella, Cruentus: Rise to Power. A book you will definitely not want to put down, Rise to Power has power, greed, innocence, and magic. A page turner to the very end!!
~Mindy from Forbidden Reviews 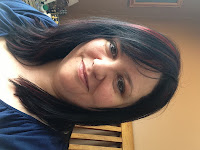 About the Author:
L.S. Broomfield lives in God’s country – Central Labrador, Canada. She wasn’t born there, but it’s where she and her family call home. Born and raised in Hawkes Bay, Newfoundland and Labrador, L.S. is  published author who is currently working on book two of the Cruentus series, a series of tales about the Cruentus family; namely, Dragos Cruentus, who who will make his appearance in the second book. She is full of talent and takes a fresh look on the paranormal world.

As a child, Lisa always wanted to write. She didn’t have any predilection of what to write, as long as she was writing – she was happy. She remembers growing up and traveling to Flower’s Cove to visit family and letting her imagination soar as the pen sketched across the paper. At such a young age, it was perhaps mostly incoherent thoughts tossed across the pages but still for all, it was a desire even then to write and tell a story.

As an adult, Lisa met an amazing group of individuals, and with their support and encouragement was brave enough to write and let people read the stories in her mind. While writing is one thing, allowing others to read the words one has spent hours putting to paper is entirely another thing. It opens the author wide to both praise and criticism. Lisa found it to be scary, yet wonderfully exciting.

Lisa has many people to thank for helping her to reach where she is today, but none of this would be possible without the support of her husband, Shawn, and her amazing kids, Brittany, Daniel, and Jacob. These people fill her world with color and make it worth writing – they enable her to do what she loves.


You can find L.S. Broomfield on her Blog, Facebook, and Twitter
You can find Cruentus: Rise to Power on Amazon 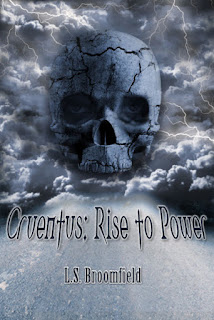 Excerpt 1
“Why don’t you don’t try to leave this place?” Donato asked, truly curious.
Emiliana looked straight ahead, continuing on their walk of the grounds. She wasn’t sure there was an answer that wouldn’t make her look weak; she opted for the truth.
“My papa did not teach me magic. He felt the lessons I was learning at the time were far more valuable than magic.”
“What lessons were those?” he countered, though what Emiliana had told him surprised him. Greatly. What warlock would ever deny their child of learning their heritage? It was unheard of.
“He taught me lessons of working to survive, of putting in an honest day’s work to have something to eat or a place to sleep. I bet I have used my hands more tilling our garden for food than you ever have.”
There were little moments like these when Donato could see the unstoked embers of Emiliana’s fire, and that was only in the few days that she had been with them. He wondered what she would be like had she received the magical teaching as she grew. Her father was an imbecile.
“It may well be true. Though, I have had the other extreme of that. I grew up not having to do anything for myself, other than magic. I wouldn’t change it, though, because magic is a part of me. It makes me whole.”
She stopped at an odd juncture, staring at the nestling of trees on the property. Though the moment was brief, it was like Emiliana was a million miles away.
“I have always been taught you cannot miss that which you did not have. I would change nothing of my life, except for the day I met you.”
Donato flinched. Her words sliced him deeply even if they were not intended to.
“Emiliana, neither of us can control why this came to be. Can you at least have an open mind about us?”
Did she have a choice? No, not really. With a soft dip of her head, golden locks fanned downward, concealing her face, she answered, “I’ll try.”
This was not how Donato planned to spend his day. He needed to make her see he was not just a rich kid.  A smile caused his cheeks to lift, eyes twinkling.
“If I had some flower seeds, would you show me how to plant and nurture them? I have wanted to surprise my mother with her favorite flower for a very long time, but I do not know the first thing about gardening.”
“Perhaps you should use your magic,” Emiliana countered.
Donato’s head shook. “I think it is time I get my hands dirty. Don’t you?”
With that, Emiliana could not help the smile that broke across her face. Looking up at him, she offered him an olive branch.
“If I teach you to garden, to grow your mother’s flowers, will you teach me how to do it by magic?”
His smile mirrored hers. After only three days he could see a smile, and he had caused it. He knew deep down, eventually she would love him.
“I would be most honoured.”