Whoohoo! Three weeks in a row where I remember to post a chapter!  I'm on a roll.  :D  Anyhow, here you are.  Chapter two of Displaced.  <3

“I need to find a town.”  Kendall ran his hands over his face and groaned.  He’d found a small deserted cave to lie in until his headache had calmed down which, fortunately, had only been a few hours. Once he’d been sure he could move without feeling ill, he’d travelled at a jog for the past hour.
He stopped and shifted.  He was definitely getting closer to some sort of civilization.  The smell of smoke and people was getting stronger.  He turned back to his human form, unsure of what he’d find once he finally found another living being.  He took another look at his surroundings.  Now that the sun was coming up, he was even more confused as to where he might be.  There were a lot of narrow trails weaving their way through the woods though he’d yet to come across any animals that might help him ascertain which part of Quelondain he was in.  And the foliage… Though all of the plants seemed somewhat familiar, they also differed drastically from what he was used to seeing.  There were more plants with teeth here than he’d ever seen before.
A woman’s voice rang through the air.
“I swear, Hanna, the men I meet simply get worse and worse.  Why can’t I simply find one decent man who’ll take me on as his mate?”
“Maybe it’s where you go to meet them, Neeka.  You go to a pub, you’ll bring home a drunk.”
“And where else am I supposed to go?  There’s nowhere in this bloody part of the land that has any decent men in it.”
“There’s the soldiers…”
There was a grunt.  “Right.  No better way to get loved and left.”
“You know, you are intended to Christopher.”
“And you know I won’t be his mate.  That was Brian’s doing, not mine.  The man scares me.  There’s something off about him.”
The two women rounded a corner in the trail and stopped short at the sight of the man before them.  Kendall tried to hide his surprise. They weren’t wearing any style of clothing he remembered seeing anywhere in Quelondain.  Their dark grey
pants were loose in the leg to the point where, had he not seen them walking, he’d have thought them to be wearing skirts.  They were both holding baskets laden with fresh food.  The shorter of the two met his eye and frowned.  She adjusted the basket on her hip, the gesture pulling his gaze to her torso which, instead of being covered in a tunic, was wrapped in a cloth band, like someone had started at her hip, continued their way up, then looped it over her shoulders before moving back down and tying it in a knot along her waist.  The black shawl she wore over her hair blended in with the raven color of her long, curly hair.  The sheer material covered her head then crossed so that it wrapped around her neck before coming back around and tying around her hair at the nape of her neck.  The second woman nudged her and the light green eyes holding his blinked.
Kendall was the first to recover.  “Good afternoon, ladies.”  He nodded to both and was rewarded with smiles.  “I seem to have gotten off course.  Would you be so kind as to tell me where I might be?” 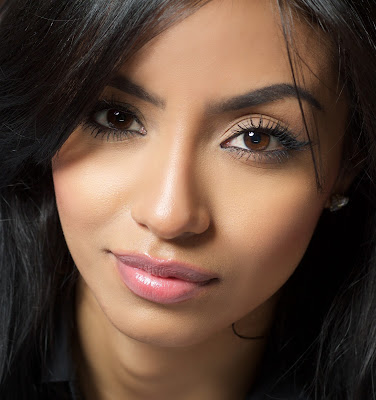