For those of you keeping track, I'm even earlier in the week with this one.  lol  Happy reading, Sweetlings!

“Grow up,” he mumbled to himself.  “You’re thirty and a bit old to be thinking the bad people are after you.”
But then again, it fit, didn’t it?  The men that were after him were definitely not good people.  By the moons, how had he managed find himself in this situation, though it served him right; he’d been the one daft enough to shift in front of them after knowing it was a bad idea to do so.  It had just been a reflex, really.  When a man comes at you with a dagger, it’s just easier to deal with when you’re a tiger.  Most bad people are scared of tigers.
He glanced at his surroundings.  It truly was beautiful here, in a strange and different kind of way.  He looked up at the starlit sky, searching for the moons to help lighten his mood. Not able to find them behind the clouds, he closed his eyes.  The surprise on Neeka’s face when he’d shifted filled his thoughts.
Of course, that surprise hadn’t lasted long.  Had she really thought he’d meant to hurt her?  He wasn’t sure why it bothered him that she’d been so scared.  It had been the right thing to do, he argued with himself.  They’d never suspect she might have known what he was.  He growled.  What was wrong with these beings?
His train of thought was interrupted by a noise to his left.  He froze.  The sound came again and he crouched low before making his way closer.
Kendall stared.  It was a child.  Should he leave?  Maybe it was a trap.  He shifted his weight from one foot to the other, careful not to reveal his position behind the bush.  He ran a hand through his shaggy black hair and turned to leave then stopped as another small sob shook the child’s tiny frame.  He growled.
“Damn it.”  He took another look around the woods, his light blue eyes processing anything that might be a threat before stepping out from behind the bush.  “Hello, there, Sweetling.  What seems to be the problem?” 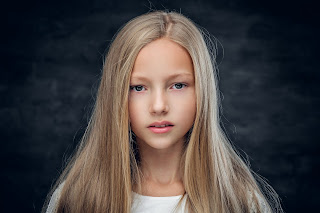 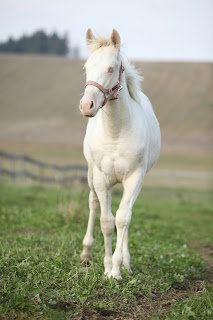 “I’m a Namael.  We’re cat shifters.  There are also the Majs where I’m from.  They turn into dogs.”
“Are there bad people there, too?”
“There are, Sweetling.”  He noticed her shiver as the breeze picked up.  “Let’s get some rest, alright?  Tomorrow we’ll try to figure out what to do.  If I can find a magic wielder…”  It occurred to him that Rein was probably too young to know much about where she should go or who might care for her.  “Are there other Cremel herds?”
Rein’s eyes widened and filled with tears.
“It’s alright, Sweetling.  We’ll figure it out.  I don’t want to light a fire in case someone sees.  Here,” he reached back and pulled off his tunic.  “Put this on.”  He rolled up the sleeves for her and smiled.  He could barely tell there was a girl under the shirt.  He pulled ferns from the ground, laying them over the dead leaves and made a bed for her.  “There you are.
Rein settled under a particularly large fern.  “Kendall?”
“Hmm?”
“Will the bad people find us?”
“Not if I can help it.”
“Kendall?”
“Yes?”
“Why don’t they like us?”
He frowned.  “Well, umm, what did your dad tell you when you asked him?”
“He didn’t.  He said when he knew he would tell me.”
Kendall raised an eyebrow in the direction of the clearing.  He supposed it was as good of an answer as any, but he was sure that Rein deserved a bit more of an explanation after watching her whole herd slaughtered just for being able to turn into horses.  “Do you know, Sweetling, I think that the main reason the bad people don’t like us is because they are scared.”  He tried to remember the conversation with his father on the subject.
“Is that what makes them bad?”
“I think so.  I think that because they don’t understand, they get scared.  That makes them want to get rid of us.  Maybe someone they knew had a bad experience with a shifter and so word got around we were bad…”  He reminded himself he was speaking to a seven-year-old.  “I’m not sure, Sweetling, though I’m sure that fear is a big part of it.  Things that are different are scary.  The difference between the good and bad people is how they deal with that fear.  Does that make sense?”
“I think so.”  She yawned and settled deeper into the ferns.
“Alright.  Go to sleep, now.”
“Kendall?”
“Hmm?”
“Goodnight.”
“Goodnight, Sweetling.”  Kendall leaned back against a tree.  Was it safe to head back to the town he’d just left?  Probably not.  He’d been seen supposedly trying to eat a woman.  Not to mention that there was Neeka.  He didn’t want to see the fear in her eyes.
He frowned.  Supposing he didn’t run into anyone he’d met and he managed to ask someone about Neeka, would anyone suspect what Rein was?  He could claim she was his daughter.  Their eyes almost matched but the contrast in hair color was immense.  Tomorrow he would find a way to turn her hair black.  That should also keep anyone from suspecting she was a Cremel.
Rein whimpered in her sleep and Kendall looked down at the small bump under the fern.  He felt his anger rise.  Whatever else happened while he was stuck here he would make sure to find another herd for her to live with.  He growled low in his throat.  Though he didn’t want to sympathize with the humans back home, he could see how beings that could shift into wolves and tigers might be a frightening thing.  But horses?  What in the world did the humans here think a herd of horse shifters was going to do to them?  He saw Rein shiver and lay down beside her.
“Shush, Sweetling.  It’s alright.  I’m here.”  He shifted into his tiger so he could keep her warmer and pulled her and the ferns against him with a paw that almost covered the span of her little torso.  All his military training kicked in.  His ears heard the slightest sound; his eyes captured the smallest movement in the dim light of the moons.  His tail twitched.