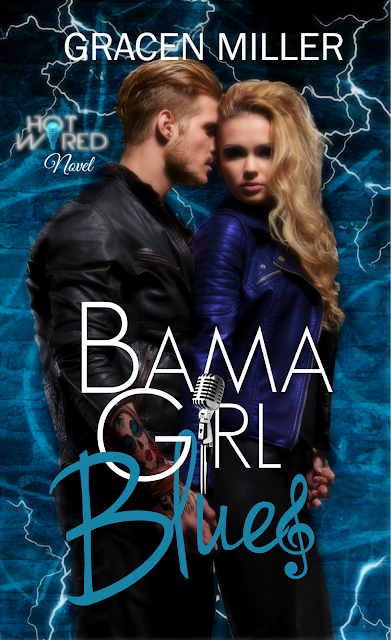 It was supposed to be one night of passion…
Winston “Keys” Cornell is the guitarist for Hot Wired, the hottest band around. With hard work and dedication his band has become a household name. He’s no stranger to a high profile life. Being the heir to a New York fortune meant he was nurtured beneath the scrutiny of the public eye. The paparazzi have been kind, dubbing him the gentleman rocker, a man that plucks the heart strings of women everywhere.
…an agreement between friends, nothing more.
Nessa Hayes is a woman on a mission. She’s outspoken, foul-mouthed, and has her life mapped out. Determined no one will sidetrack her dreams, she’s surprised by her attraction to her childhood friend, Keys. Engaging in an affair with no-strings seemed like a great idea at the time, but falling in love might be the least of her heartache.
But scandals never sleep and…
When their different worlds collide, can they overcome their diversity for a chance at romance? Or will they be broken hearted, left to sing a sad and lonely tune?
…this one might leave Keys singing the Bama Girl Blues!

It doesn't really matter what genre the book is, if the author is Gracen Miller, you know you'll get swept up in the story. Bama Girl Blues was no exception. Having read the first two books of the Hot Wired series, I was already familiar with Keys and I was very excited to read his book. I wasn't disappointed.

Gracen Miller once again does a fantastic job up getting you into the characters' lives. You see what they see, you think what they think, you feel what they feel. And wow, did I ever feel! This book was a roller coaster of emotion.

I'm not big on going into details of the books I review, so I'll leave you with this: if you're looking for a story that will have you on the edge of your seat and neglecting the house work because you can't stop turning the pages then this is the book for you. 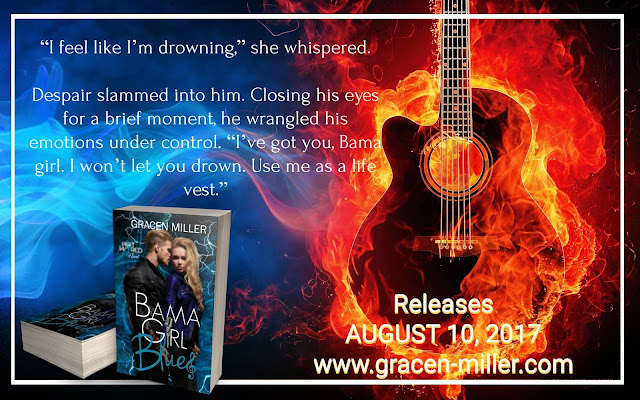 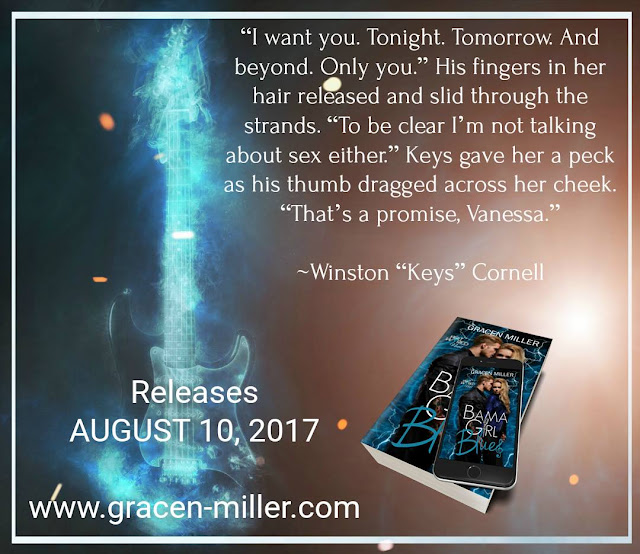 Excerpt:
Keys could pick his nose and I’d think it’s hot.
What’d that say about Nessa when Keys looked like he was one twitch away from going into a full-blown seizure? At least that’s what his version of dancing resembled. So clearly her nose-picking logic made the most sense.
Nessa tried not to gawk, but good lawd, she couldn’t have turned away from watching a train wreck either. An apt description of Keys’ so-called moves.
Train wreck. Poor guy.
His personality and looks made up for this shortcoming, but still… poor guy.
Fang and Derr made him look worse with their rhythmic steps. Even Fallon was better, and she came across as a little stiff. Jase acted the fool, throwing out seventies style strut, a little Footloose panache, and inserted some crazy foot-moves flair she’d only ever seen performed on reruns of the Fresh Prince of Bel-Air. Needless to say those moves had no business ever being performed in public. His over-the-top dance style not only worked for him, but also was fun and demonstrated his zest for life. Despite Jase’s zaniness he still outshined Keys, which was more of a rocking back and forth on his feet and a little hip thrust that was so stiff she cringed each time he executed it.
“Sad, huh?” Her best friend, Samantha—Sam to her friends—said from beside her where they waited at the bar for the next round of drinks.
Tonight was Fang and Sam’s bachelor/bachelorette party and Fang had rented out the nightclub, Double Shots, where apparently Fang—not Heath—had kissed Sam the first time. Sam swore the two personas of Fang’s personality kissed differently. Personally, Nessa couldn’t care less about the details because the idea of Fang’s kisses resulted in bile churning at the back of her throat. Yuck! But her bestie was the happiest she’d seen her since before her parents’ deaths.
“He’s so hawt and then he does that.” Nessa flicked her fingers in Keys’ direction, while shaking her head in mild disgust.
BIO: 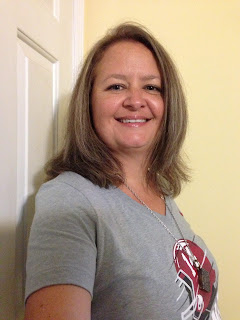 GRACEN MILLER is a hopeless daydreamer masquerading as a “normal” person in southern society. When not writing, she’s a full-time lacrosse mom for her two sons and a devoted wife to her real-life hero-husband of over twenty years. She has an unusual relationship with her muse, Dom, but credits all her creative success to his brilliant mind. She’s addicted to writing, paranormal romance novels, horror movies, Alabama football, and coffee... addictions are not necessarily in order of priority. She’s convinced coffee is nectar from the gods and when blending coffee and writing together it generates the perfect creative merger. Many of her creative worlds are spawned from coffee highs and Dom’s aggressive demands. Gracen writes in multiple genres—paranormal romance, paranormal erotic romance, rock star contemporary romance, and dystopian romance. To learn more about Gracen or to leave her a comment, visit her website at www.gracen-miller.com.
Stalker Links for Gracen:
Facebook Author Page: https://goo.gl/1wNrl4
Website: www.gracen-miller.com
Newsletter: http://eepurl.com/br7lLP
Twitter: https://twitter.com/GracenMiller
Review Team Sign-Ups: https://goo.gl/DHTwST
Book Bub: https://goo.gl/SKFb4n 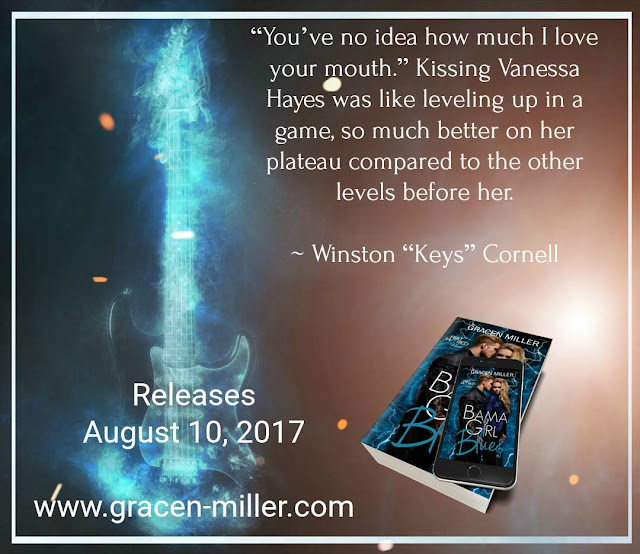