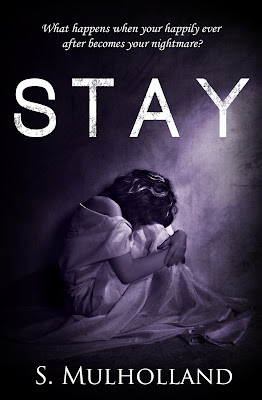 Synopsis:
Eighteen year old Alexandra Angel has finally made it out of her abusive mother’s house alive, now going to St. Norbert College in the small town she grew up in; she wants to experience living her own life, free of abuse, but on the night she meets Jason Roberts; her fate has something different in mind.
Alexandra and Jason have a strong connection but the closer she gets to him, the further he shuts her out. This doesn’t stop Alexandra’s heart from falling in love with Jason and she fears that he might not feel the same way about her. Jason holds a lot of mystery and secrets that Alexandra tries to figure out and on a night when they are to meet, he never shows up, leaving her to mourn the loss of his absence.
Months later, he returns to tell her he’ll never be able to be with her the way that she wants to be with him. Hurt for the second time by the man she loves, Alexandra decides to move on with her life with what others told her to be “the perfect man”, Zac Millington. As time with him goes by she realizes that things were never as they seemed…as he seemed.
If you had the opportunity to change what becomes your worst nightmare, would you take the chance to change it or pretend like that nightmare is what’s meant to be?
Stay is a romantic depiction of how two people that are meant to be together are torn apart by the one thing they both have in common. As they both go through their own versions of abuse, will they be able to stay after finally finding each other again?

Excerpt: (Might differ from published version)
“Alexandra…let me hear you say it…” He whispers.
All thoughts evaporate from my mind at the sound of his voice.
I want to turn around and face him but his hands go to my hips then, slowly turning and walking me towards something.
As we come to a stop his body presses into me from behind pushing me up against the door that shut moments ago.
I slightly open my eyes but everything is blurry which confuses me until his hands roam every curve of my body making me close them again.
My heart rate picks up and I hope that he can’t hear how loud it’s beating. “Say what?” I ask breathlessly.
His hands stop their exploration at my stomach.
I gasp when pulls me back into him and I feel every inch of his hardness.
I try to open my eyes again so that I can see him but I can’t. I’m so in the moment with this man that my brain doesn’t seem to be functioning correctly. All I know is that his voice alone is lighting my body on fire.
One of his hands leaves my stomach and I feel my hair being moved to the side. His lips start to torture me on my neck and I shiver. He places feather like kisses there and I struggle not to let my knees buckle.
“Say that you understand your mine and nobody else’s…” He says when he gets near my ear.

Bio:
I’m from Green Bay, Wisconsin. I went to a small private college in a town called De Pere before joining the U.S. Navy in 2006. After my short career in the military, I got married and started having kids. I have two munchkins now. I’ve been a stay at home mom for a couple of years.
This past Christmas, my husband got a Nook Color as a gift and he never got to use it because it was always glued to my hands. I never liked reading but once I picked up that Nook—I was addicted. So I’ve read a TON of books and it’s become my getaway. I started writing as a hobby but after I finished Stay, my husband encouraged me to get out there…so here I am. I love listening to music and find it inspirational and I think that it goes hand in hand with writing.