It's Been Two Years: Our Make a Wish Journey

Today, Facebook reminded me that two years ago, Anthony received his welcome package from the 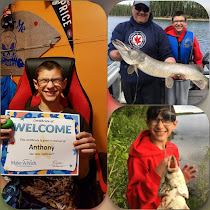 Make a Wish Foundation.  It was an emotional day for all of us.  Anthony got an envelope full of booklets and fun things to help guide him in choosing his wish.

Since then, we have met so many amazing people with some of the biggest hearts in the world.  From the Make a Wish team, to other Make a Wish families, to the RCMP personel who surprised Anthony with fishing gear and other gifts, to all the volunteers and donors at the fundraisers we've attended... we will never be able to say thank you enough times or loud enough to show how much gratitude we feel.

Now, because of Covid, all of the Make a Wish fundraising get togethers had to be cancelled.  We were 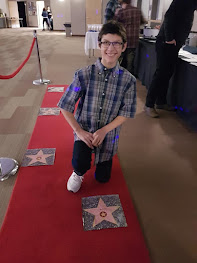 scheduled to be at at least one of these to share our story.  Because we can't, I decided to share the speech I was set to give here in hopes that it reaches some people and inspires them to also become a part of the Make a Wish family, whether is is in form of donor or volunteer. For more information the the Make a Wish organization itself, head over to their website HERE.

I’d like to start by thanking Allyson for inviting us to tell our story tonight. Anthony's journey started 5 weeks earlier than it should have. We were fortunate to have an easy delivery and no subsequent complications. We started life as new parents hopeful and completely in love with our little man. It turns out, no book out there could have prepared us for what was about to happen.

The first 18 months of his life were hard, but we were told by our family doctor at the time, normal. A 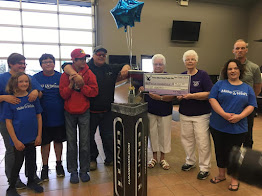 lot of new babies don't sleep. A lot of babies scream 10 hours a day, it’s just colic. When Anthony failed to hit any of his growth and advancement markers like sitting, talking, walking, we were told, well, he's a boy. He'll catch up. (Side note, we got a new family doctor)

When he was 18 months old, Anthony died. What started out as a fun family visit at his gramma and papa's turned into every parent's worst nightmare. We had laid him down for his nap. He was crying, which was usual, when suddenly he stopped. Not his usual calm down to a whimper then fall asleep cry. Just stopped. We checked on him and saw he'd thrown up. After cleaning him up, we noticed he wasn’t himself. He didn’t seem to be seeing us in front of him. His eyes rolled back into his head and he stopped breathing. Now, my husband Kyle is the best driver I know. That afternoon, you’d have argued with me over that statement. I don’t think it took us more than three minutes to get from his parent's house to the Victoria hospital. I remember passing someone on the wrong side, going over a corner when traffic stopped. I remember my baby turning blue in my arms. 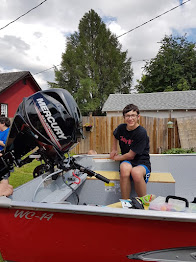 When we got to the hospital, the nurses grabbed Anthony from Kyle's arms. There is no describing the feeling of watching your child get whisked away and them not letting you in the room. Of hearing the words Pediatrics to the ER. Code blue, code blue. There is no room more terrible than that little room they put you in while you wait to find out if your son will survive

Thankfully, the staff at the hospital that day were amazing and we will forever be grateful to them for bringing Anthony back to us.

The next couple of years after that day were filled with diagnoses and information overloads. But it didn’t matter, because Anthony was alive and we were finally getting answers. MRIs, EEGs, and specialist galore later, Anthony was diagnosed with cerebral palsy with autistic tendencies and an uncontrolled seizure disorder. With his cerebral palsy, he has partial left side hemiplagia which means he is partially paralyzed on his left side. As for the autism, he hates new places, big crowds, loud noises… so events like these are pretty much his worst nightmare. But he’s a trooper and I’m so proud of him for being here. Uncontrolled seizure disorder pretty much explains itself. We can never stop them all. All we do is try to manage the worst of them.

There have been many trips to the ER and overnight hospital stays but thankfully, none 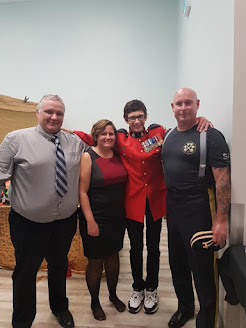 as serious as that first time. Now that we know what to watch for, what triggers the seizures, what affects his medication, and what we need to do when they happen, we’ve managed to catch them before things get as extreme as when he was 18 months. We learned he'd been having seizures since he was born, but they were the small ones we weren't able to see. Just like right now. With medication keeping away the worst of the seizures, Anthony's most current EEG shows he still has 6 to 10 seizures per minute.

Because of this, concentrating on things is hard. It has made speaking a challenge. If you have the pleasure of meeting Anthony, you’ll find a compassionate young man who wants to be friends with everyone, but is hesitant because of his speech impediment.

One thing he will tell you is that he loves the power rangers, paw patrol, his animals, his xbox, the raiders, the color red, anything to do with police officers and police dogs, and most of all, above all else, he loves fishing. Fishing is his peace. His happy place. While he is fishing, things are quiet. There isn’t a lot of talking. It's just him and the fish. And he is good at catching those big pike.

I was encouraged to contact Make a Wish by another mom of a boy with cerebral palsy and epilepsy I met online. I filled out the application and then didn’t think much about it. 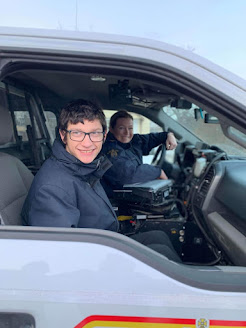 To say I was shocked and excited when they contacted me to let me know Anthony had been approved would be a gross understatement on my part. We made plans to meet with Allyson. All the while, I was nervous. Anthony had decided on his wish, but all the wishes I heard of were for trips or to meet people. I was scared that what he wanted wasn’t something he would be able to get.

I mean, how in the world would the Make a Wish team be able to get him his own fishing boat? And not just any fishing boat. A red one.

When Allyson and Aissa sent me the pictures of Anthony's new boat, I cried. They had done it. Somehow, these amazing angels had found some equally amazing people at Rally Motors and they had come together to get Anthony a red fishing boat.

Since getting his boat, we've found that Anthony has been more willing to talk to people he doesn’t usually talk to. All we have to do is bring up his boat. Oh, and he will be quick to make sure you know that that is HIS boat. If he catches his dad doing any work to it, he is outside in a flash to supervise and make sure he approves what's being done to HIS boat. Want to hear him laugh? Ask him how the first time he and his dad took out the boat Anthony untied the line so when his dad went to pull the boat in, the rope came and the boat floated off. You guessed it. Dad had to swim after the boat and was all wet for the ride home… funny story for Anthony, not so funny for dad.

Anthony will never drive a car, own a house…. Won't have the usual ‘future' other kids his age will have. But what he does have, is his red fishing boat, and we will eternally be thankful to everyone who was involved in making this wish become a reality for him. It may seem like such a small thing, but to us, to Anthony, it is everything.

So thank you again, Allyson and everyone at Make a Wish and to all of you who came today. Without people to support and donate time, funds and resources, there is no way these wishes would be possible. 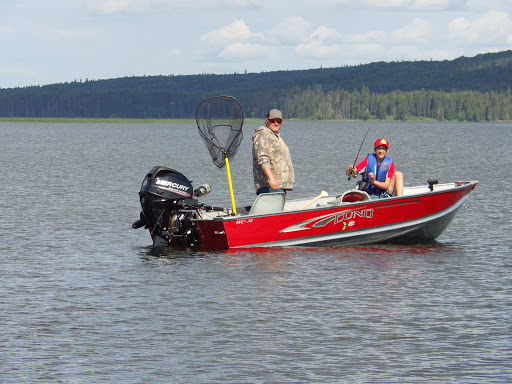 Posted by Mireille at 10:59 No comments: