Covet the Moon by Tina Carreiro

Power of the Moon series; this is book #2
Dark contemporary/paranormal romance 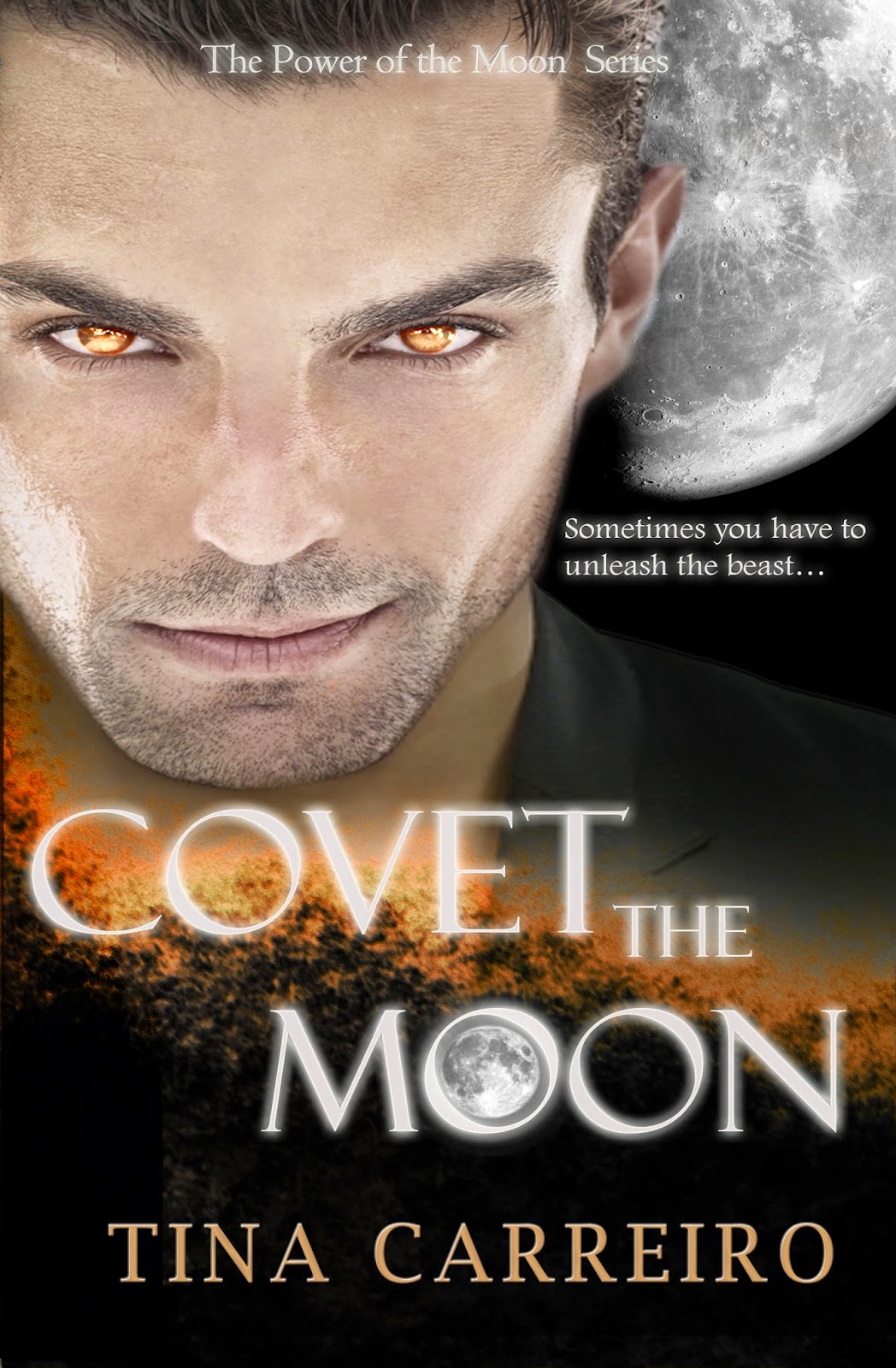 Blurb/Book Description:
Mia Starr is now a full agent working for Sector 13, a secret division of the FBI, which monitors and controls all paranormal activity. Her main objective: keep humans safe and the paranormal hidden. Fresh out of human training, Mia is looking forward to learning all things paranormal and working with Cole, her deadly and sexy vampire lover. Before she has a chance to settle into her new life, she’s abducted. With her powers unfolding, an ancient enemy is revealed, and a powerful lineage to rival all others.
Cole Barnett will stop at nothing to get Mia back. Pushed to his breaking point when old ties surface, the vampire within him claws at his restraint leaving him with one choice—let it rage! Cole leaves a trail of blood and broken rules he’ll have to answer for in his wake to find Mia. Once he does, he also uncovers a connection between them that could shift the world of the undead. Now the one he covets is the one he needs to let go—her survival depends on it. But his stubborn human has set out to prove him wrong in a battle for love and her own life.
Sometimes you have to unleash the beast… 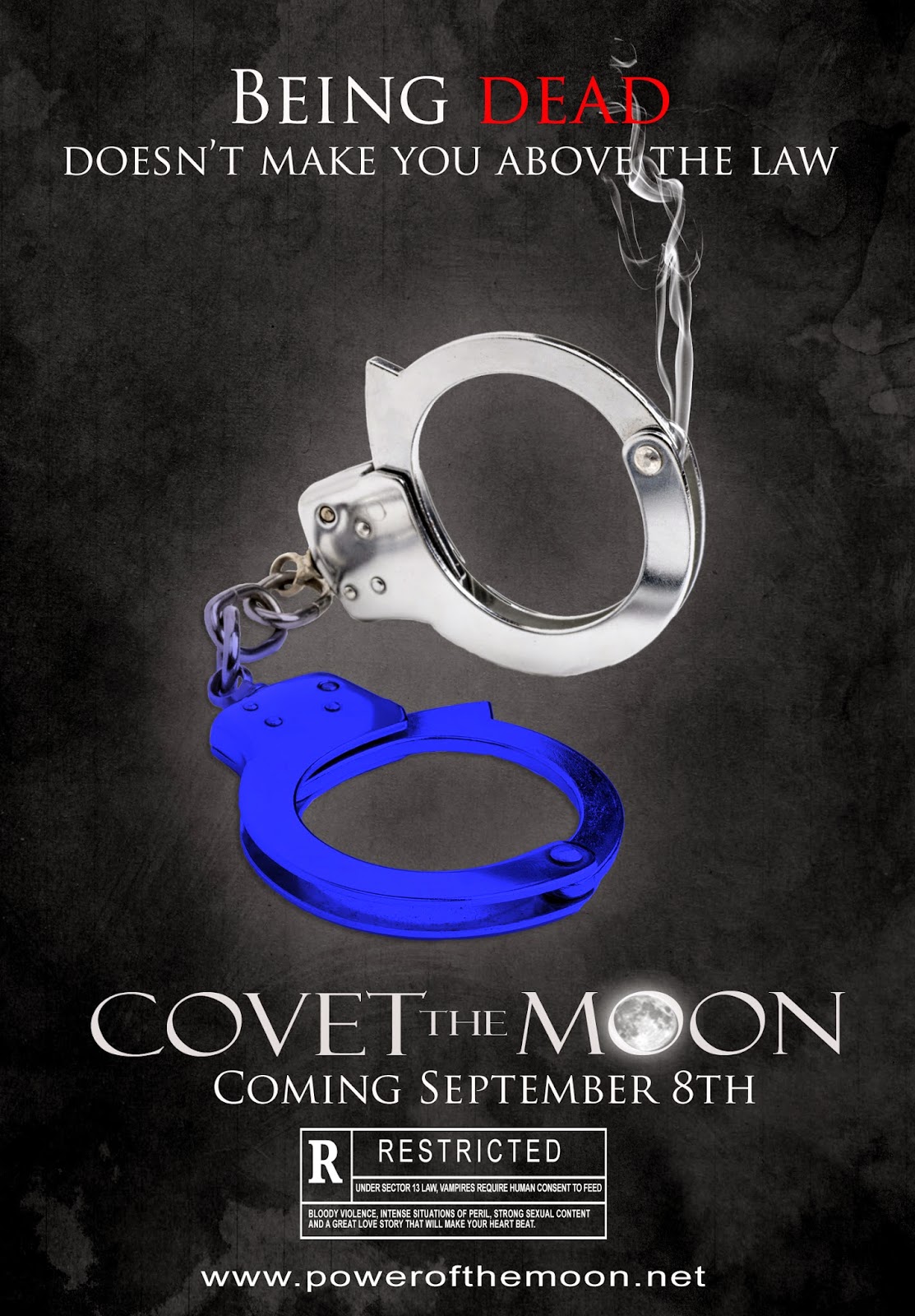 Excerpt
John’s decision to come to the turnpike station first had Cole’s fangs edging out. “We should go to the scene, to confirm—” He couldn’t finish the thought. Without his blood inside Mia, he couldn’t be sure, and his entire body was conflicted with doubt. His jaw tightened, and the tip of his fangs poked at the inside of his lip. Removing his clip from his belt, he flicked his thumb underneath the first bullet and ejected it from the clip into his palm. He closed his eyes as the silver burned its shape into his flesh and eased the glow he felt creeping into his eyes. Taking a calming breath, he slid the bullet into his pocket and reattached the clip to his belt.
“Stay calm,” John said, as they walked through the doors to the turnpike substation. Cole responded in a low growl that put John on alert, making his jaw muscle tick.
A young man leaning back in his chair with his feet propped on the table looked up from a set of monitors. “Can I help you?”
“Do you get pictures from the road cameras?” John asked.
“Naw, that’s illegal. The whole “Big Brother” argument. We only monitor them. We get an alert from the radar units on the other poles when a vehicle’s speed registers too low or high and then we check the monitors for trouble.” He smacked his gum with an open mouth chew and turned his attention to Cole as he walked behind the counter. “Sir, you can’t come back here,” he said.
“Are these today’s turnpike tickets?” Cole asked, his jaw set in a tight line.
“You can’t just come back here…”
“Answer the question.”
“I-I’m going to have to ask you to leave.” The young man stammered as he reached toward the phone. Cole’s hand covered his, quickly replacing the phone in its cradle.
“We’re going to have a problem if you don’t answer my question,” Cole said, filling in the space between them. He leveled an assertive gaze at the man.
“Barnett. Back off,” John commanded.
“You-you need some type of warrant or authority to come back here.”
Cole ignored the man and grabbed the tin box from the counter. Pulling out a stack of tickets, he held them to his nose. With a frustrated growl, he threw the stack down and grabbed more from the box. With each stack, he grew more agitated. Picking up the fifth stack, he paused as a familiar scent reached his nose. He breathed deeper and tore through the tickets to pull out the one with Mia’s aroma. It was faint, but it was her scent.
“I need the license plate and the photo of the driver this came from.” Cole held out the ticket to man.
“I can’t do that. I need permission and—”
“Now!”
“Sir, you don’t have the authority…”
Cole snatched his badge from his belt and slammed it on the table in front of the man. “How’s this? No?” Arching a brow at the man’s hesitation his gun followed, slamming down with the same force as the badge. “How about this?”
The man locked into Cole’s deadly gaze. When his eyes widened, Cole knew it was from the glow that had started to appear from behind his irises.
“Still not enough authority for you? How about this!” Cole’s fangs jetted out like a switchblade.
“Holy shit! What kind of cops are you?” 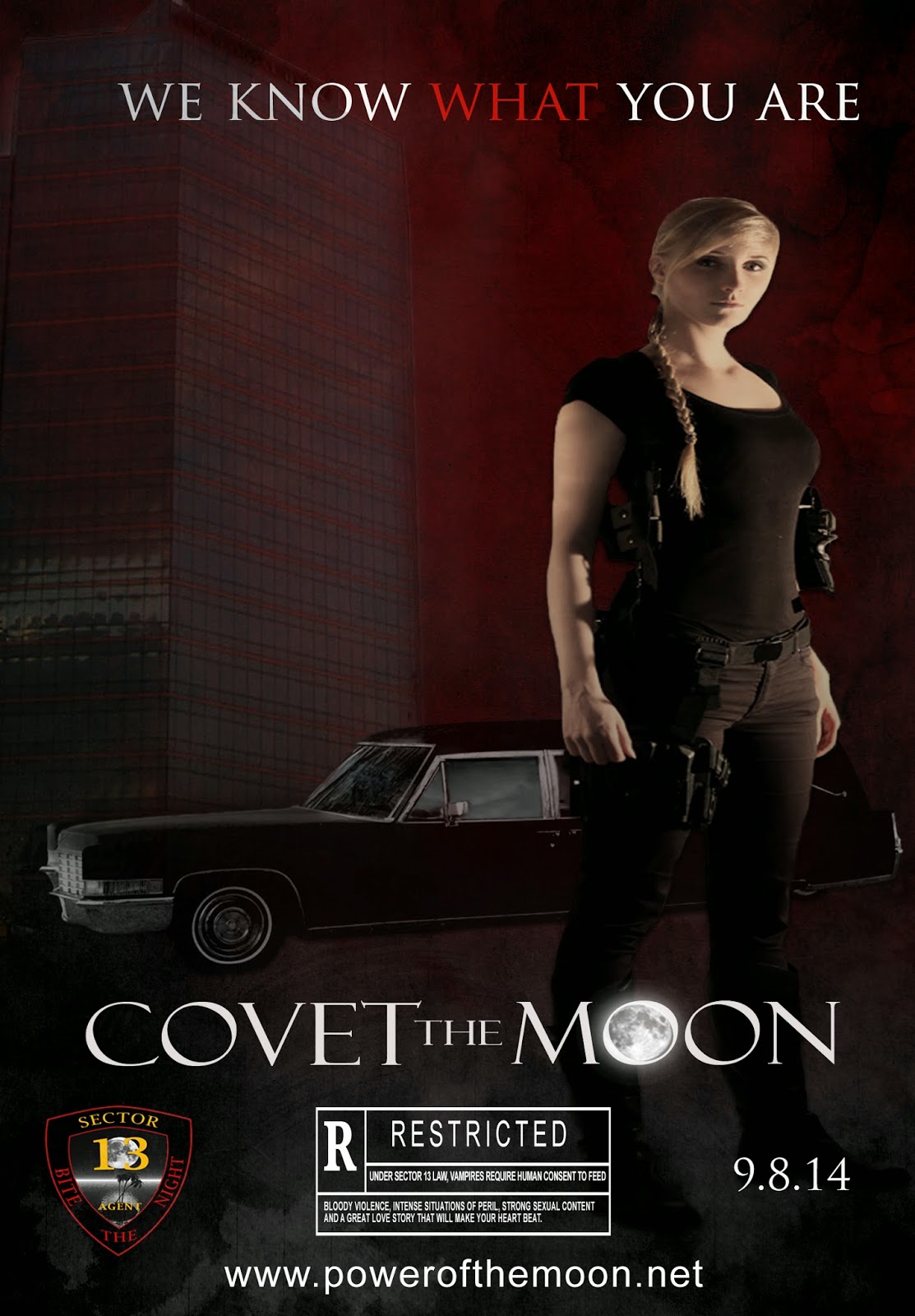 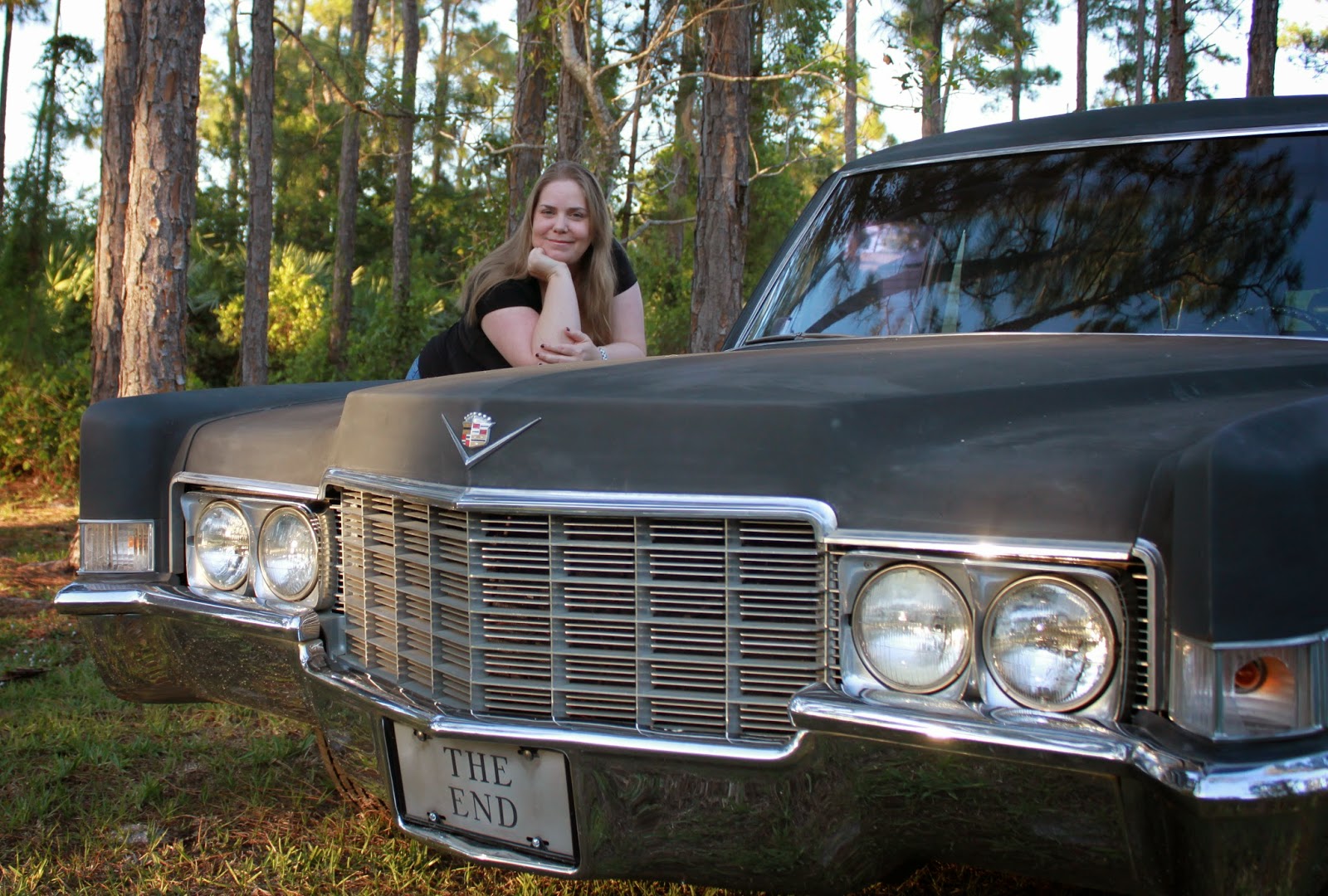 Web
Blog
FacebookTina Carreiro
Twitter
Goodreads
Time & Tide Publishing
Pinterest
Goodreads
Street Team
If you haven’t read Power of the Moon, book 1 in the Power of the Moon series, you can download if NOW for a limited time at 0.99!!! 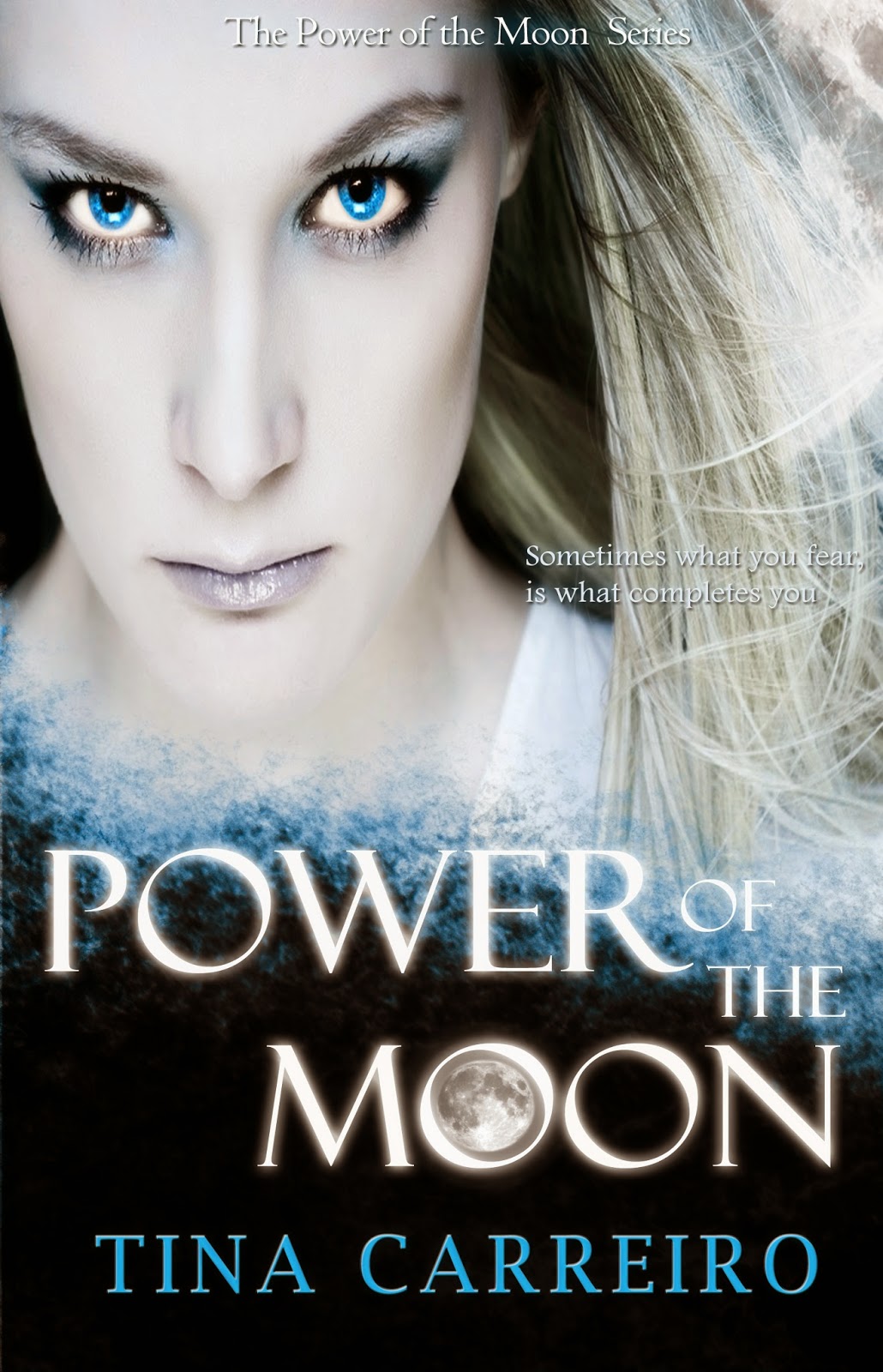