One Tiny Secret by Adam Kunz 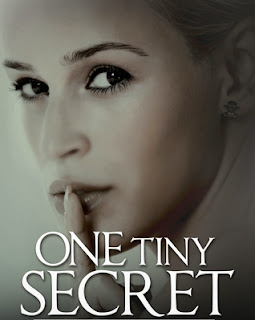 So as a lot of you know, C.A. Kunz is one of my favorite authors.  There are a few great reasons for that.  One, they write great stories.  Two, they are fantastic people.  And three, just the fact that they are a mother/son team amazes me.  I mean, seriously, I'm pretty sure I'd kill anyone I tried to write a book with. lol
Now, Adam is the A in C.A. Kunz and he has written a story all by his lonesome.  And WOW!! This new adult novel is phenomenal.  I'm a huge fan of thriller books and this didn't let me down in any way.  I'm not going to lie, as I read through the book, I found myself picking out the killer.  It was going to be someone obvious, right?  Hell no! When the killer was finally revealed, I put my kindle down just to let it sink in.  OMG!!
I'm not going into detail because I hate giving spoilers, but if you like the movies I Know What You Did Last Summer and Scream, you'll love this story.

Blurb:
Just one tiny secret has the potential to ruin everything.Being the daughter of the sheriff in a small town like Holden Ridge means that eighteen-year-old Danielle “Dani” Marks’ life is under constant surveillance. She’s made a habit of staying under the radar by being a floater among social circles at school, which has kept her out of trouble—until now.After a missing persons case stirs up the entire town, Dani finds herself caught right in the middle of the scandal. When she’s labeled a possible suspect, things quickly go from bad to worse. The sudden return of her old flame, Parker Reed, manages to make her whole situation even more complicated. When an elusive unknown person begins to blackmail Dani by threatening to reveal her deepest secrets, Dani refuses to play along. That is, until the person’s actions take a violent turn. Holden Ridge begins to lose its sense of quaint town security, and Dani is caught in a deadly game of cat and mouse.Who can she trust when anyone around her could be a suspect? One thing’s for certain though: Never underestimate the power of one tiny secret.
Posted by Mireille at 19:54